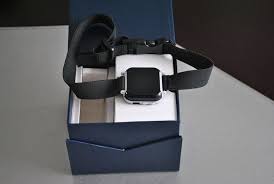 New York may soon be on the list of states that use GPS tracking devices to monitor domestic abuse offenders.  More than two dozen other states  already have comprehensive tracking programs in place, although New York currently only allows tracking of parolees and sex offenders.

Democrat Crystal Peoples-Stokes has sponsored a bill in New York’s State Assembly that would allow tracking this type of violent offender, providing an extra measure of safety to victims of domestic violence. Republican Assemblywoman Jane Corwin, co-sponsor of the bill, is confident it will move forward:  “This bill is an attempt to give some measure of security or safety to the victim so that the victim feels OK about filing charges. It’s been introduced several years in a row, and it’s never gotten through committee. But given everything that’s happening with the NFL, and the focus being put on domestic violence cases, I think this year we’ll have the best chance of any to get this bill passed.”

The cost of implementing a new system still needs to be assessed and when GPS tracking would go into effect if the bill passes is yet to be determined.