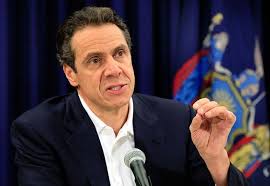 Under the new law, New York police can charge people using GPS tracking devices to stalk victims without the victims pressing charges. The law is named in honor of Jackie Wisniewski who was murdered in 2012 at Erie County Medical Center by her ex-boyfriend, Timothy Jorden.

Jorden was stalking her movements using a GPS tracking device he attached to her car. Jackie discovered the device several months before her murder, but at the time the state laws didn’t allow for charges to be filed against her ex-boyfriend.