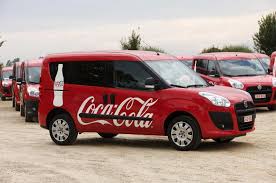 Coca-Cola plans to double its hybrid fleet and eventually replace 10% of its active service fleet with hybrid vehicles, according to the company’s fleet manager.

The company is adding 140 Chevrolet Express 3500 gasoline-electric vans to its service fleet, bringing the total number of hybrid vehicles in the company’s fleet to 243 by 2015, according to Coca-Cola’s fleet manager of assets and value management, Tony Eierman. Using hybrids not only increases the range of the vehicle, it also decreases carbon emissions by roughly 20 percent.

The new hybrid vans will primarily be used by service technicians who repair fountain and vending machines. They will join the 26,000 vehicles already part of the Coca-Cola family, including the 3,600 vehicles in the service fleet.