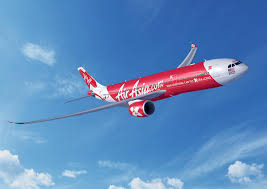 Before the crash last week, AirAsia was upgrading the tracking on its short-haul jets but hadn’t updated the fallen plane. AirAsia is one of a handful of companies that has been using a dedicated fleet tracking service during a time when the airline industry as a whole is pushing for comprehensive tracking of planes during flight.
Earlier in the year the airline began using satellite communications on some of its short-haul jets. The new tracking system provides updates on the plane’s position every two minutes, but the plane that crashed in the ocean hadn’t yet been outfitted with the new system.
The missing plane only underscored an already heated debate about the need for better tracking in the aviation industry which gained fuel after the disappearance of a Malaysia Airline’s flight earlier this year.
FieldLogix
We use cookies to ensure that we give you the best experience on our website. If you continue to use this site we will assume that you are happy with it.OkPrivacy policy