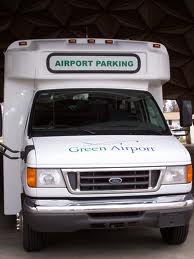 This week, the San Diego Airport announced they have added a new green fleet of parking shuttles powered by compressed natural gas (CNG). The addition of eco-friendly parking shuttle buses is only the latest step in San Diego’s evolving commitment to cleaner renewable fuels.  Including this new fleet,  San Diego has a total fleet of 24 CNG powered vehicles.

The all-new “green” Airport Shuttle Fleet transports passengers between the terminals and the airport’s nearby SAN Park parking lots. The airport also has  other alternative fuel vehicles in its fleet, including those powered by electricity and bio-fuel, according to Airport officials.

By showing leadership in adopting green practices, San Diego is demonstrating that you can still have the best of both worlds, green fleet transportation powered by a fully hybrid fleet and utilization of the latest technologies. The airport plans to continue to reduce fleet emissions and implement a green fleet tracking strategy. The San Diego Airport Authority provides air transportation services to the region with safe, effective facilities…in a manner that promotes the region’s prosperity and protects its quality of life. Transportation options near San Diego airport are limited. People almost entirely must rely on using a car or shuttle service.

Compressed Natural Gas (CNG) costs about 40% less than gasoline, it emits up to 90% less emissions than gasoline, there’s an abundant supply and it’s produced right here in America. So it’s affordable, clean, abundant and American. Natural gas powers more than ten million vehicles on the road today. Unfortunately, only 150,000 of these are being used today in the U.S. The average growth rate in the U.S. shows a 3.7% per year since 2000, as contrasted with a booming global growth rate of 30.6% per year.