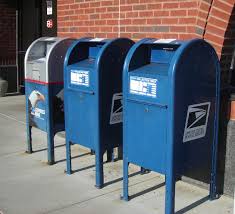 The USPS recently announced the finalists for a possible vehicle contract to replace the agency’s aging fleet. Among the expected names like Ford, Chrysler, Fiat, and Nissan is Cincinnati-based Workhorse Group. Reports suggest the USPS would use the vehicle-maker’s electric delivery truck with a range of 50 to 100 miles and HorseFly drones, which can dock on the truck.

The drones would deliver packages on a carrier’s regular route at about 35 MPH, and docking at the truck would mean the drones only fly short distances rather than attempting to fly miles at a time.

Workhorse believes the company has the best solution for the USPS, with potential to save time, money, and reduce long-term maintenance costs. According to the company’s group sales director, Duane Hughes,

“We feel very confident that our integrated drone technology on top of our electric truck is the best solution for the Postal Service as well as giving them the lowest total cost of ownership.”

Finalists will submit proposals to the USPS next month, with the final selection happening sometime in 2017. The contract could be worth as much as $4.5 billion.