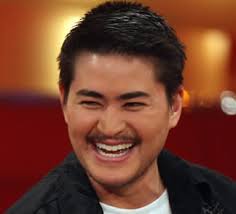 Thomas Beatie, who was born female but underwent a partial sex change, rose to fame in 2007 after becoming pregnant through artificial insemination.

Beatie has been arrested and charged with felony stalking for using a GPS tracking device to stalk his ex-wife, Nancy Beatie. The tracking device was discovered after a public safety officer helped change a tire on her car, but Beatie claims he attached the device when he still owned the car. And, although he didn’t remove the device when she took ownership, he didn’t monitor it either.

Nancy Beatie claimed her ex-husband showed up at several location she was at, and she was fearful at his knowledge of her movements. The pair split in 2012 after nine years together.