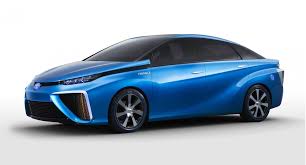 Honda has announced the March 2016 release of its hydrogen-powered car called the FCV. The FCV is comparable to Toyota’s hydrogen car, emitting only water vapor, going 300 miles on one tank, and refueling in as little as 3 to 5 minutes. Honda’s new vehicle also has an external power feeder, meaning in an emergency the vehicle could supply power to a home.

Many industry experts are banking on hydrogen fuel being the next big thing, but currently there is no infrastructure in place capable of supporting a nationwide fleet of cars and producing hydrogen is still reasonably expensive. However, neither of these key issues is slowing the auto giant down. “Honda has led the industry for nearly two decades in the development and deployment of fuel-cell technology through extensive real-world testing, including the first government fleet deployment and retail customer leasing program,” the company said in a statement.

Currently, there is no information on the speed of the FCV or price, but after the initial Japanese release, Honda plans to release the hydrogen-powered car in the U.S. and Europe.