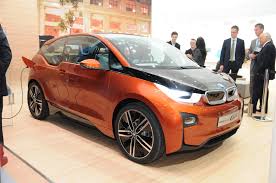 London just began a new car sharing program, and the vehicle fleet will include new BMW i3s. DriveNow is starting off small and planning to grow organically in hopes of avoiding the same problems that plagued Daimler in Britain. DriveNow has partnered with Sixt SE and BMW Group for the venture.

Unlike other European cities  that have embraced public transportation and car sharing, London is still predominantly a private-ownership city. The new car share program will start with 210 MINI Countryman and BMW 1 series vehicles and hopes to expand the fleet to 300 vehicles next year, including 30 all-electric BMW i3s.

DriveNow services approximately 25 square miles in North London, including Hackney, Haringey, and Islington. Users pay a one-time registration to get started and can drop off the vehicle anywhere in the zone.

DriveNow isn’t London’s only car sharing program in the works, either. Billionaire Vincent Bollore is backing an electric car sharing program, costing him about $166 million, that will initially use 100 cars and 6,000 charging stations with hopes of increasing the number of electric vehicles to 3,000 in the next three years.