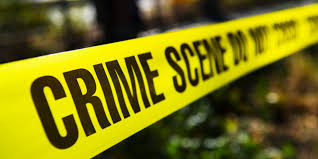 Lamont Davis has been found guilty of firing a gun during an incident that left a five-year-old paralyzed, despite data from a GPS tracking device indicating he was at home when the shooting happened.

The incident, which happened in 2009, stemmed from a fight between two people–one of them being Davis’s girlfriend and the mother of his two children. She was heard saying she was going to get Davis before returning with a group of boys. However, data from an ankle monitor Davis had to wear from a prior, undisclosed incident (he was a juvenile at the time of the shooting) shows Davis was at home the entire time.

Despite the ironclad alibi, Davis is currently serving 30 years for the shooting. Many people have come forward in support and written letters on behalf of Davis, including Donald W. DeVore, the former head of the Department of Juvenile Services, a forensic expert who re-examined surveillance video taken during the shooting, and a state employee considered an expert on the type of GPS tracking device Davis was wearing when the incident happened.

One of his current lawyers, Michele Nethercott, who also heads the Innocence Project Clinic at the University of Baltimore Maryland, called his former lawyers ” ”disorganized,” “ineffective,” and “at times incoherent.” She said her client isn’t bitter, just confounded by how he wound up in prison for a crime he couldn’t have committed. “The central, and really only, issue in this case was: where was he at the time of the shooting?And the answer is he was at his house,” Nethercott said.