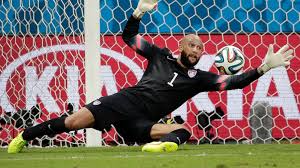 Despite their defeat, the U.S. Men’s National Team gained valuable insight during their game against Belgium thanks to GPS devices worn by each player.

A study published by FIFA’s chief medical director, Jiri Dvorak, following the 2010 World Cup, stated improved injury prevention helped lower the number of overall match injury cases. This year, the number of injuries per game is expected to drop to less than 2, from 2.7 in 1998.

The GPS devices used during the match are about as big as a matchbox and track player positioning. energy expenditure, and exertion. The devices also provide data including hydration, cardiovascular efficiency, and fatigue. A team of more than 10 coaches and physicians use the data collected to monitor player health.