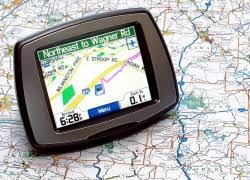 Residents of Milwaukee communities learned one man might be behind  dozens of burglaries that plagued the area this past spring when the career burglar  was taken into custody recently thanks to a GPS tracking device.

One resident got a look at the suspect’s license plate after a burglary which enabled detectives to follow him. Investigators secured a warrant to attach a GPS tracking device  to the suspect’s car and were watching when he put two full pillow cases in the trunk. The following day, officers arrested Marvin Jones as he was walking down the street with gloves, a pry bar, and a suitcase.

Some victims’ valuables have been recovered and returned, while others still patiently wait. Deborah Grosenick, a victim of the robbery is one of the lucky ones: “We were able to get 98 percent of our stuff back.”