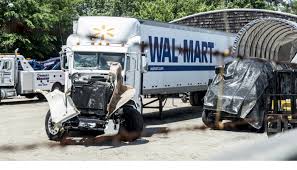 In June, comedian Tracy Morgan was seriously injured when a truck from Wal-Mart’s fleet slammed into the limo he was riding in.

The actor, who suffered a broken leg, broken nose, and several broken ribs, alleges in the lawsuit that the company either knew, or should have known, the driver of the truck was sleep deprived.

The driver of the fleet vehicle, Kevin Roper, has plead not guilty to criminal chargers related to the incident. At the time of the accident on June 7th, Roper had not slept in over 24 hours according to a report filed shortly after the crash.

“We are deeply sorry that one of our trucks was involved. As we’ve said, we’re cooperating fully in the ongoing investigation,”  said Wal-Mart spokesperson, Brooke Buchanan.