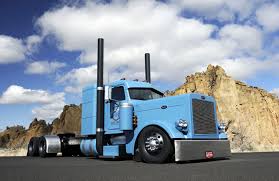 President Obama is expected to sign a trillion-dollar omnibus funding package that will officially start the restart rollback, a welcomed measure by fleet managers everywhere.

Last year, the FMCSA issued a new rule requiring drivers who use a 34-hour restart only use it once weekly and take two 1am-5am rest periods during. The new funding package will also force FMCSA to conduct a study of those two provisions. The suspension of the rule will expire September 30 or when FMCSA completes the study.

Over a year ago, the American Trucking Association begin a fight against those two stipulations and has “thanked Congress for the common sense fix to two unjustified provisions.”

CEO and ATA president, Bill Graves, said, “We have known since the beginning that the federal government did not properly evaluate the potential impacts of the changes it made in July 2013.”

“In debates about safety, it is often easy to make emotional, but misleading, claims about our industry and we’re pleased that those claims did not carry the day and our elected officials were won over by facts and evidence,” said Graves.