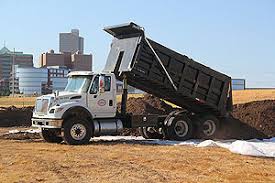 A Florida man can thank a GPS tracking device for leading authorities directly to him.

Trans-Phos Trucking in Naples, FL reported the dump truck stolen Friday night and the GPS device in the vehicle showed the truck was sitting at a residence on 36th Ave SE. Deputies observed the dump truck parked behind the house when they drove by.

When the thief showed up to the house and was questioned by police, he claimed a Cuban man had left it there Wednesday before heading to Cuba and wasn’t expecting the man to return. However, the GPS tracking showed the dump truck in transit Saturday until it was parked at the house.