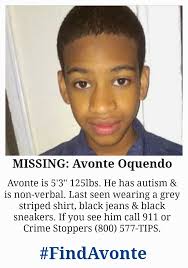 “Avonte’s Law,” named after Avonte Oquendo, the 14-year-old boy who wandered away from school in October and was found dead in the East River in early January, would allot $10 million to pay for a GPS tracking device for every autistic child. The GPS device can be sewn into clothing, kept in a wallet, or worn around the wrist and costs about $85 a piece plus a few additional dollars in monthly fees.

Research published in the journal Pediatrics in 2012 shows about half of all autistic children are prone to wandering off and since 2008, wandering has been responsible for more than 60 deaths.

Sen. Chuck Schumer presented the legislation and at a news conference where Schumer was accompanied by Avonte’s mother and grandmother, said, “We can’t change the past, but we can take necessary steps to ensure we learn from this and put in place programs that will ensure no parent and no child has to go through a similar nightmare in the future.” Avonte’s mother wore a slight smile as Schumer spoke.