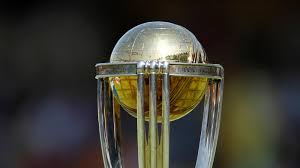 The ICC Cricket World Cup kicked off this week in Australia and Hyundai Motor company is the provider of the tournament’s official fleet of vehicles.

Hyundai is supplying 94 vehicles including the Santa Fe, a popular New Zealand family wagon, the i40 wagon, the ix35, the best selling small wagon in New Zealand, and the iMax van. The tournament is held from February 14 to March 29 spanning seven cities in New Zealand and seven in Australia.

The official fleet will be used to transport referees, staff, executives, ICC officials, and the teams will be shuttled in the iMax. The handover ceremony took place on February 7th at Auckland’s Milford Beach. “We are absolutely delighted that Hyundai is supporting the ICC Cricket World Cup in New Zealand. The ICC is proud to partner with a global automotive leader and we look forward to using the fleet throughout the tournament period,” said ICC General Manager Campbell Jamieson.