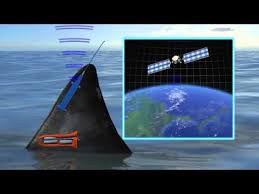 Katharine, a great white shark equipped with a GPS tracker, continues to amazes scientists one day at a time. Currently, she is swimming from the Florida Straits to the Gulf of Mexico in a journey much longer than scientists originally thought.

The 2,300-pound shark was tagged last August near Cape Cod, and since then she has trekked more than 4,200 miles. Tracking Katharine from the Atlantic into the Gulf of Mexico is a historic event, according to OCEARCH founder Chris Fischer.

“We’ve tracked sharks that were in the Atlantic into the Gulf. But we never have had one show us exactly how they entered the Gulf,” Fischer said, “We now know that these white sharks are moving all along the eastern and southern coasts of Florida. We just didn’t really know that they were doing that all along. The awareness level has skyrocketed.”

Scientists are hoping the information gathered will one day be used to protect breeding sites and migration routes for the species.