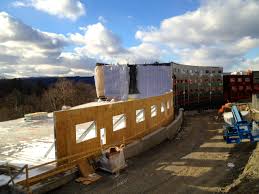 John M. Rubar, vice president of a construction company in Syracuse, New York, faces embezzlement charges to the tune of over $266,000. Rubar had been with Doyner, a subsidiary of Hayner Hoyt Corporation, for 13 years when president Jeremy Thurston became suspicious and installed a GPS tracking device.

During summer 2013, Thurston heard from other employees Rubar wasn’t showing up to work regularly and he also began noticing financial issues within the company. When asked about the issues, Rubar blamed the economy. Thurston then installed the tracking device on Rubar’s company-supplied vehicle.  Rubar was fired in January after the device showed he had skipped several meetings and often lied about his whereabouts.

A review of Rubar’s financials after he’d been fired also showed he had been stealing from the company for more than 10 years and even ordered employees to construct a concrete driveway at his personal residence.  He billed the supplies and hours from that project under guise of a casino project the company was working on.

Rubar also made other purchases with company money including ATV’s and toys, and fake credit card receipts used for expense reports were found on his work computer. He has been charged with second-degree grand larceny.