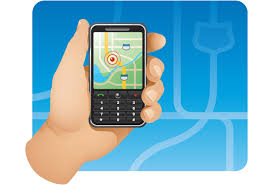 The biggest cellphone service providers in the U.S. are fighting against a new proposal aiming to make it easier for 911 to find the caller using GPS tracking. The providers say they don’t have the necessary technology, but are working on a long-term solution, but proponents of the proposal think the companies just don’t want to fund the necessary improvements.

Currently, the Federal Communication Commission only require cellphone carriers to provide a caller’s location within 164 to 984 feet. However, the rules weren’t designed with indoor space in mind where GPS tracking doesn’t work as well. As most Americans do away with their landlines, emergency personal are finding it difficult to locate callers who are inside apartment and office buildings.

AT&T called the timeline “unrealistic” while Sprint feels the proposal is “not achievable using current technology.” Former head of the FCC’s public safety and homeland security bureau, Jamie Barnett, said, “Carriers are currently negotiating to delay and weaken the implementation of this lifesaving rule. While it would save the carriers money, it could cost tens of thousands of additional lives.”  The new proposal would require carriers to locate a caller’s horizontal location within 164 feet and vertically within 10 feet.