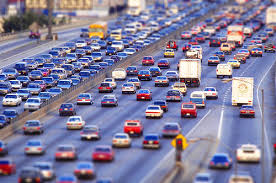 Research conducted at the University of Denver found the average fleet age increased from 2008 to 2010 because of the global recession. In 2013, the mean fleet age was nine years. Consumers has less money to spend, so rather than purchasing new cars they just kept the vehicles they already owned. The increase in average age also means more pollution, as older cars emit more than new cars.

Data was collected from more than 68,000 vehicles in Denver, Tulsa, and Los Angeles. According to the researchers, “Using fleet fractions from previous data sets, we estimated age-adjusted mean emissions increases for the 2013 fleet to be 17–29% higher for carbon monoxide, 9–14% higher for hydrocarbons, 27–30% higher for nitric oxide, and 7–16% higher for ammonia emissions than if historical fleet turnover rates had prevailed.”