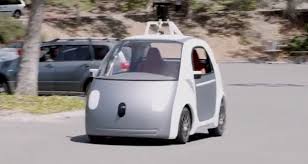 This fall, University of Michigan will test a fleet of self-driving cars in a fake city built specifically for autonomous vehicle testing.  The fake city is 32 acres and includes a four-lane highway where researchers can simulate dangerous road conditions and traffic events. The new “city” will test self-driving cars in real-life situations like merging, stoplights, road signs, railroad crossings, and mechanical pedestrians.

Funding for the project comes in part from the College of Engineering, but also auto industry giants like Ford, Toyota, and General Motors in addition to funding from both federal and local governments.

“Today reminds me of when I was a young boy and used to watch The Jetsons,” the Dean of Engineering, David Munson, said. “We’re not doing flying cars here, but I think we’re doing something more important … and almost as impressive.”