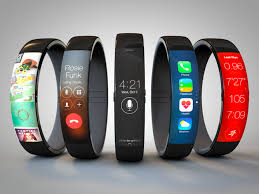 Rumors are circulating that Apple plans to release their iWatch as well as iPhone 6 in Q4 of 2014. Several brands already produce smartwatches, including Samsung and Sony, but the release of the iWatch is guaranteed to boost competition.

Smartwatches include features like GPS navigation and data storage among others. Apple’s iWatch will be able to sync with the iPhone allowing users to receive notifications from the smartphone like messages and call records.

There is some speculation Apple and Nike have partnered and that the new iWatch will include some of the same fitness-related aspects as the Nike Fuel Band and will also include an integrated fitness app.

The watch is expected to come in multiple sizes to fit both men and women and will have a sapphire coating to keep it looking good throughout its lifetime. Consumers interested in purchasing the watch when it hits stores can expect a base price of $250.