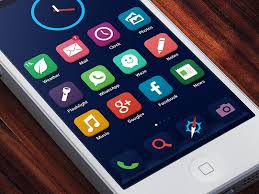 When iOS8 was released, customers rejoiced at the new anti-tracking feature that would make it more difficult for shops and malls to track phones as they scan for open WiFi connections. As it turns out, even though a phone in sleep mode will offer a fake MAC address (the ID used to track the phone), as soon as the screen lights up the location is broadcast essentially nullifying randomization of the false MAC address.

Airtight Networks, a company that performs MAC-based location tracking, discovered that both Cellular Data and Location Services need to be switched off to completely prevent location tracking. Since switching both those features off severely disables the phone, it’s likely most users will still be subject to tracking while shopping.

Even phones in sleep mode using a false MAC address won’t hamper research according to Hemant Chaskar, a VP at Airtight. He explains, “It’s easy to weed out the random MACs from real MACs because they use special signatures.” Apple hasn’t yet commented on the issue.