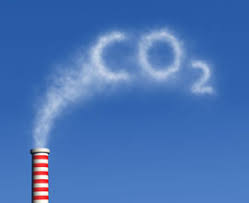 Thanks to a new order signed by the President that aims to further reduce greenhouse gas emissions, the government’s fleet could see an increase in hybrid, electric, and other alternative fuel cars.

The executive order calls for a 40% reduction in emissions by 2025 in comparison to 2008 levels. An order signed in 2009 has already helped reduce federal gas emissions by 17 percent. It also aims to increase the number of plug-in and zero emission hybrids in the government fleet, while decreasing per-mile emissions for all 636,000 fleet vehicles.

By 2020, 20 percent of new vehicles leased or purchased by government agencies with 20 or more vehicles will need to be plug-in hybrids or zero emission, and by 2025 that number jumps to 50 percent. Currently, approximately 200,000 of the government’s fleet vehicles us alternative fuel.

The order also stipulated that by 2025 federal agencies are expected to get a quarter of their energy from clean energy sources, and federal buildings should reduce their overall energy use by 2.5% annually.

According to the White House, the actions taken under this order could lead to a decrease of 26 metric tons of gas emissions, or  “the equivalent of taking nearly 5.5 million cars off the road for a year.”