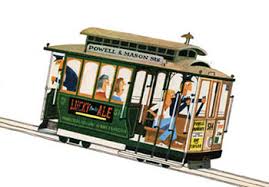 City employees in San Francisco might soon be car-sharing to reduce the size of the city’s fleet thanks to a proposal put forth by the Board of Supervisors.  If the proposal is approved, San Francisco would be one of just a few cities, including New York, Indianapolis, and Chicago, utilizing car sharing to reduce the number of fleet vehicles in use.

Supervisor Mark Farreell, who introduced the proposal along with Supervisor John Avalos, said of the ordinance, “Anytime we can reduce our carbon footprint and potentially realize savings as a city, we should pursue those ideas aggressively.”

Car-sharing could happen as soon as December and would allow for a 25 percent reduction in the city’s fleet every three years. At that rate, all non-essential vehicles would be phased out within 12 years.